About Kramer K9 Training & Their Instructors 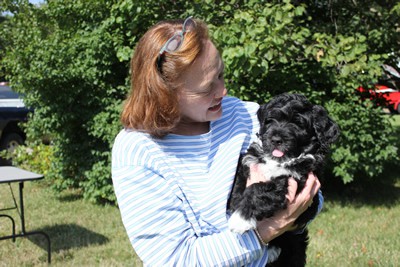 "Intelligence travels down the lead" was a favorite saying of my dad, Charles L. "Bud" Kramer, known as the "Father of Agility." But equally important, he created the sport of Rally Obedience or Rally-O. Both companion sports were adopted by the American and United Kennel clubs and throughout Europe and South America. I was there every step of the way. I learned his theories and understood what, why, and how he designed those canine sports to be successful activities for everyone—Border Collies to Papillons, 20-year-olds to 70-year-olds.

I have trained and shown dogs since I was 6— this has been a 50+ year adventure. I shadowed my dad while he served as the Manhattan Kansas Kennel Club Training Director and mirrored him in his training classes for 20+ years. Several years ago, my dad asked me to teach Rally Obedience for him. I had him with me for several years to perfect my knowledge and training abilities. Through his guidance and on my own, I have mentored numerous students in gaining their AKC Rally and Obedience titles. The key to success in all companion dog sports is based on obedience.

To be successful in Rally, Agility, or Advanced Obedience means you must have a strong foundation and reliability in basic obedience skills. There is a saying: "Intelligence travels down the lead." Now I share this knowledge with you. 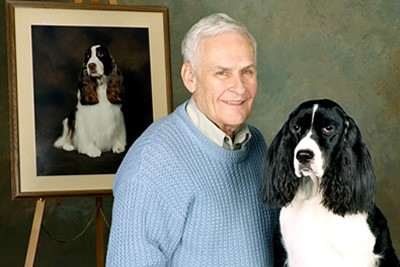 Dr. Charles L. 'Bud' Kramer, professor emeritus at Kansas State University, was instrumental in establishing the Manhattan Kansas Kennel Club and served as training director for more than two decades. He was active in training, showing, teaching and judging and had numerous CD, CDX, and U.D. Titles. He helped thousands train their dogs. His proudest achievement was the development of RALLY and AGILITY for the American Kennel Club. Rally and Agility have changed the history of AKC Companion Sports, and it is largely due to his vision and efforts. Dr. Kramer won the Lifetime Achievement Award for Companion Events posthumously at the 2019 American Kennel Club National Obedience Invitational in Orlando, Florida. 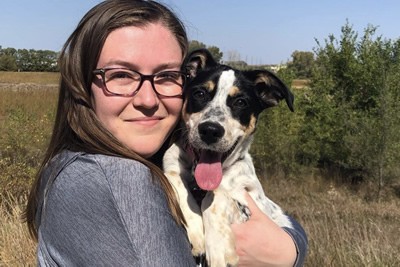 Leeanna has been training and competing with her dogs since she was four years old. Her love for training grew through the local 4-H program and continued through AKC, UKC, and ASCA competitions. She has trained and competed in conformation, showmanship, rally-obedience, obedience, and agility. She has worked with dogs who have social issues within family and shelter settings, enabling them to become the perfect companions. Leeanna currently serves as a volunteer trainer for the Riley County 4-H Kennel Club and is a certified Kansas 4-H Dog Show Judge. Leeanna inspires children in their training activities while improving the bonds they share with their dogs. 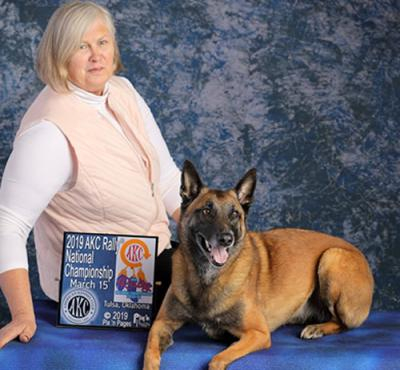 Kitty has owned dogs her entire life, but her experience working with dogs started in 1980 when she became a Community Leader for the local 4-H Club and then worked at the County Level, which had an active 4-H Dog program. Both her children went through the 4-H Dog program showing in obedience. In competing with her Belgian Malinois, Kitty and Sera have completed the following AKC Titles; DCC's Sera CD RI CGC TKA RA.

Since 2012, Kitty has been involved in Rescue on various levels and has worked with both owners and their dogs. Kitty has given clinics, taught classes, and competed in multiple disciplines, qualifying for Nationals in Dock Diving and Rally Obedience. Kitty is a member of Prairie Disc Dogs (MHK), a volunteer with the local Animal Shelter and has been a Transport Coordinator for rescue operations, and both fostered and adopted dogs over the years. She is also active and on the Board of an International Service Organization, the Manhattan Kiwanis Club, as Secretary and Assistant Fundraiser. A graduate of Kansas State University, she has a degree in Business Education/Accounting.